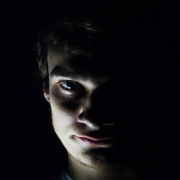 Trin begins his career as a DJ in 2005 with just 14 years old. Initially put various styles of sound without a defined style. Then later was "bitten" by a "bug" called Techno. As a DJ crosses many sub-genres of techno to create a new form of it. Its taste is based on strong baselines, deep rhythms and arrangements disconcerting note not only in their dj sets as well as in their productions. In order to create momentum in its productions, is not just to do a sub-genre of techno but to do several sub-genres such as Minimal / Techno, Acid Techno and Dark Techno among others even hard techno.